Be sure to look for my news works.

Eyes of the Heart 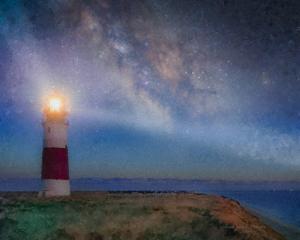 Eyes of the Heart

I believe we perceive the world around us with more than the 5 senses. We associate memories with the pictures in our minds. An artist can sometimes get at the essence of what is seen, find the brief flash of glory that attracted the attention.

And a skilled photographer digs for something more than a matter-of-fact snapshot.

This starry landscape of Sankaty Head Light is more poetic than realistic. It is a Nantucket Island "Midsummer Night Dream" of stars and surf and sandy shores and the nautical sound of Celtic music on a hammered dulcimer.

Prints available starting at $17 at the following link:
http://fineartamerica.com/featured/sankaty-head-light-nantucket-bill-mcentee.html 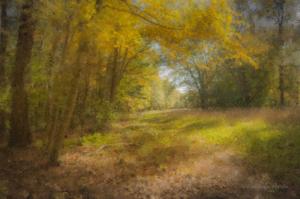 Does poetry influence visual art? I think the answer is obvious.

While producing this painting of a "Yellow Wood" in Borderland State Park, Easton, Massachusetts, Robert Frost's famous poem was on my mind, giving me permission to paint the brilliant yellows in the scene without feeling that it was too much of a good thing.

The Road Not Taken
BY ROBERT FROST

Two roads diverged in a yellow wood,
And sorry I could not travel both
And be one traveler, long I stood
And looked down one as far as I could
To where it bent in the undergrowth;

Then took the other, as just as fair,
And having perhaps the better claim,
Because it was grassy and wanted wear;
Though as for that the passing there
Had worn them really about the same,

And both that morning equally lay
In leaves no step had trodden black.
Oh, I kept the first for another day!
Yet knowing how way leads on to way,
I doubted if I should ever come back.

I shall be telling this with a sigh
Somewhere ages and ages hence:
Two roads diverged in a wood, and I—
I took the one less traveled by,
And that has made all the difference.

Bloom Where You Are Planted 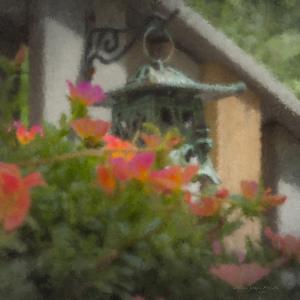 H/t to my friend, Nancy Griswold in Bradford, VT, for the idea for this blog entry.

At a certain point, I stopped wishing I could travel out to the great places (like Nancy's stomping ground in northern New England), and instead, just "BLOOM WHERE I AM PLANTED." I can't even make the tiny jump across Nantucket Sound, due to my family obligations and daily schedule. I spent YEARS foolishly waiting for the "right circumstances."

So instead of waiting any longer for what I wanted, I finally started gratefully making the most of what I actually have, here in Easton, Massachusetts. And, wonder of wonders, the sun shines just as beautifully in my humble little town as it does anywhere else.

You are doing what I should have done at your age

I was about 28 years old, living on Nantucket Island for the summer on borrowed money, and feeling the sting of dwindling funds. It was a nice morning at the boat basin, where I was sketching an 80 ft. antique sailboat that was moored to the dock.

An older man, possibly my current age today, came over admiring my work. Then he said to me, "You're doing what I should have done at your age."

He said he understood, but would prefer personal peace and contentment to the money he had. He made lots of money, but hated every day he woke up and had to go to his office. He said that as he made more money, more things simply came up to consume the money. He was clearly a captain of industry, and had the world by the tail. What he didn't have was joy in his work… or his life.

We politely parted company with a friendly smile, our debate in a stand-off.

Almost 40 years later, at long last, I have come to agree with the stranger, and wish we had kept in touch, so I could tell him he was right.

“A person can do nothing better than to eat and drink and find satisfaction in their own toil. This too, I see, is from the hand of God…” – Ecclesiastes 2:24

I would pay you TEN DOLLARS for that right now 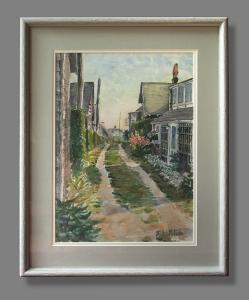 "Wow! That is beautiful! I would pay you TEN DOLLARS for that right now!"

These were the words of a close friend in the early 1970s when I showed him a small oil painting I had finished and framed. He loved it, really. And he had no idea of the message he unwittingly sent to this young art MASSART graduate.

Yup, he could have knocked me over with a breath of wind at that moment. But I kept smiling. No, I was neither a moron, nor duplicitous in my friendly response to him. We were both young, and as poor as church mice. Ten dollars was not easy for either of us to find at the time. And I did not let on the fact that ten bucks wouldn't even cover the cost of art materials, much less compensate my long hours of painting.

I could have become mad. But he was actually showing me a buying sign. Yes, he would have paid me $10 right then and their, but I refused to sell.

But he had given me a gift I have benefited from ever since that day. Plenty of people would like to buy my art, but could not budget the money I would need to receive to keep on painting. If I spent 10 hours on a painting, and sold it for $50, my compensation would have been five dollars per hour… IF I made the sale.

The, in the late 1980s I had limited edition lithographs made of 2 paintings. Since then, even now, in 2015, I have sold prints of those 2 paintings, while I busied myself on my jobs in graphic design, and commissions of fine art. Ten dollars is nothing… unless it multiplies itself into a hundred sales at ten dollars a piece: 10 dollars x 100 sales = $1,000, and now my hard work begins to make sense. Of course there's the investment of $5000 investment (risk) up front to print those 2 paintings, which leaves me needing to sell another 400 prints to break even.

Epson pioneered development of an inkjet printing technology that Could print colorfast pigmented inks onto archival quality papers and canvases. I printed a couple of my watercolors about 15 years ago, and to this day they are identical to the original in every way.

And there is no $5000 risk on a limited edition print run. These super quality prints are able to be printed on demand, one at a time.

So now, I can finally follow through and sell my art at a price I can survive, and my friend can purchase it for a price he can afford.

But what's the financial risk in purchasing an Epson large format fine art printer? Answer: the short side of $10,000. Oops! Another roadblock to my survival.

And then came Fine Art America, who will carry the cost of purchasing and maintaining the expensive fine art printer, guarantee all their prints, and take care of all the shipping arrangements AND online purchases, allowing me to designate mark-up on each item. The bigger part of the print price is the money the printer takes to stay in business, and my percentage comes to me with no risk.

The Light of the Eye 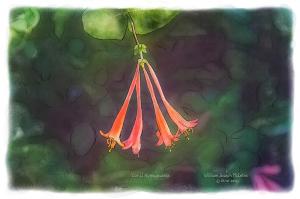 I think this phrase sums up what many artists and art collectors experience when producing or acquiring works of visual art. Sometimes an artist or photographer captures some essence of a thing that feeds the heart.

When I was a child in first grade I had an experience while coloring a picture of a birdbath. As I chose my Crayola crayons and colored the light on the birdbath I began to experience a joy. How could something that simple and that unsophisticated cause such an emotional response? Perhaps the quote from King Solomon provides a clue.

What makes a man or woman set out on the path of being an artist? Or what makes a person decide they want purchase a work of art for their home?

Years ago, my wife claimed a number of my paintings as her own, and not for sale to somebody else. To my happy surprise, I found that there were many times over the years when those paintings rewarded my emotions with a sense of peace or joy that seemed to be captured inside the art.

So in an unexpected way, becoming a collector of art enabled me to understand and value my vocation of being a producer of art.